At Black Sand, we have been shut down since mid-March, with just a skeleton crew of staff maintaining the resort. Our primary responsibility at this time is simply survival; making sure that our staff have food to eat while our operations have been suspended. The village of Kasawari beside us has even closed itself off to outsiders. The area has been divided into secure zones, with the road between Manado and Bitung blocked as well. The number of Covid-19 cases in North Sulawesi is now at 40, with 3 deaths and many more under observation at this time.

It is curious to note that the fear of Chinese tourists bringing infection to Bali and North Sulawesi never seemed to have happened. The Manado-China charter flights were all halted by the first week of February. True, this area had no testing facilities at that time, but a rise in deaths would have been duly noted on social media since many people here were afraid and vigilant. It is only over the past month that cases in our province began to show up, brought by locals returning overseas. The first case was someone returning from a religious visit to Saudi Arabia, then the next few cases were locals returning from Europe and last week brought cases brought up from a religious gathering in South Sulawesi (back in March). Of course these carriers infected others, but overall, it seems that the spread is much slower than in other countries we read about in the news.

We are told that the number of cases will peak at the end of May. The government has been quite active and the newest decree from the President came into effect yesterday, which is a total shutdown of domestic flights, trains and even ferries and buses in most of Java, chunks of Sumatra and Kalimantan and in South Sulawesi. This will last until the beginning of June. It is needed to stop the mass migration of people (called Mudik), which lasts for a month. This is like the Chinese New Year migration, but Indo-style. The main regions of Java wanted to seal their borders, but they feared that folks would still try to “pulang kampung” (go home), so stronger measures were enacted.

We hope that after Idul Fitri (the holiday marking the end of Ramadan), the country will be able to move out of the present state of lockdown. 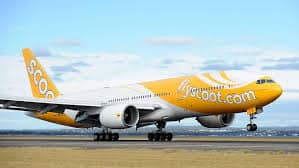 We look forward to welcoming guests again as soon as safely possible. At this time, no visas for tourists are being issued for Indonesia. Most of the countries around us are in lockdown, with international flights out from Indonesia only going to Doha, Amsterdam, Seoul and Tokyo.

Before Corona reared its ugly head, there was stress and frustration here because of the slow transition from Silk Air to Scoot Airlines covering the route from/to Singapore. Silk Air was to cease operations on May 4th, but they have already stopped, back in March. Scoot did start selling tickets online starting March 10 (but only for flights from May through to the end of October), but everything is now on hold. When Singapore is open and Indonesia is open, they undoubtedly will immediately begin their service, flying the same schedule as Silk Air did: Monday, Wednesday, Friday & Saturday.

That will be a very happy day!

Until then: stay healthy. These are challenging times, but we will get past it. We will all dive again, hopefully sooner rather than later.